some brands we work on: 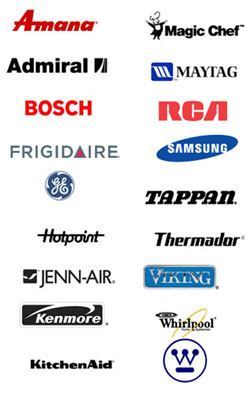 ...and more! Call us if you don't see your brand here - we can probably still work on it. 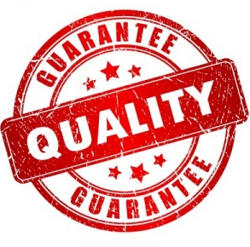 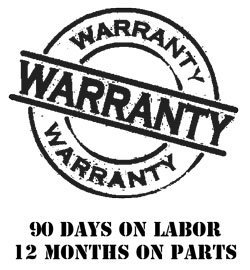 Recently we’ve had a number of calls for repairs on Maytag washers (I guess the Maytag repair man wasn’t answering his phone or something…) But all joking aside, the calls weren’t so much specifically about Maytag washer problems as they are about a common problem seen across many washers and dryers too, for that matter. The problem has to do with the door latch lock – something that gets used and abused with just about every washer and dryer out there. When this switch goes bad, as it often can from a lot of door slamming and other heavy use, your washer (or dryer) will think that the door is open, even when it’s closed. For safety purposes, the machine won’t run if the door is “open”, so even though YOU know it’s closed, the machine does not.

Some of the common calls we get with this kind of washer problem include things like, “My washing machine was working fine, but all of a sudden it just fills up with water and then won’t do anything else.” For dryers we hear things like, “I think my dryer just died except that it keeps beeping at me.”

What we’ll do here is look at replacing the door lock latch. If it’s something you feel comfortable doing yourself, then great. If it’s not… and you would rather have one of the BEST professional technicians come out and have a look at it for you, just give us a call. After all, we are the BEST Appliance Repair of Austin!

Now, on with getting your Maytag washer repair (though again, this is pretty much the same for any brand name washer).

Now before we begin this repair we’ll start by disconnecting the power; simply pull the plug. I’m also going to want to pull the washer far enough forward that we can tilt it back a bit. We’ll need to remove the bottom access panel to gain access to 2 screws securing the front panel. To access those bottom screws its easier if we tilt it back. You can just put a couple two by four blocks under the front legs.

There are a couple of quarter-inch hex-head screws – just remove the two outside ones first, then the one in the middle. You might want to maintain a little bit upward pressure on that panel while you remove that last screw, and then tilt it out slightly and let it drop down. You’ll see that there were to locating pins that engage slots into the bottom of the front panel. So we’ll set the access panel aside and we can now see the to quarter inch screws on the bottom. So remove both of those.

Next we’re going to remove the soap box – so just pull it forward and you see a little locking tab in the back. You will just depress that which will allow us to pull it completely out of the washer. We will set that aside. Next we’re going to remove a number twenty torque screw that is in this opening on the left side here, so take that screw completely out. And then with the flat blade, we’re going to unhinge the top clips across the control panel to disengage them. Just gently apply the screwdriver in there without damaging the finish. Just disengage those locking tabs and we can lift the panel out and just set that up on top of the washer. We don’t need to remove these two screws – you can loosen them if you wish, but they don’t need to come out. We just want to make sure that when we pull this bottom panel out, that when it tilts, it doesn’t damage the console.

Next we’re going to open the door and we’re going to remove the 2 number twenty torque screws that secure the door latch to the front panel. These screws are slightly different than the one we took out of the console – they have a washer built into the screw itself, so make sure we don’t mix those up.

Next we’re going to loosen the door boot on the right hand side and you may be able to grab it enough to pull it away but if you can’t just take a flat blade screwdriver very carefully going behind the wire retaining ring, pull that out enough we can role the bellows right off of the front panel. Set that spring clamp aside. Just pull that boot out far enough that we can access the door lock.

Now, while pulling gently out on the front panel, at the bottom, we will be able to unhook the door latch assembly from it’s holder. And there should be enough harness there to drop it out and pull out out through the side of the cabinet. There’s a shield across the top one where we just need to pull out on the locking tab on the side of that. Now we can disconnect the two wire harnesses and the small one at the very back has a little locking tab that we just needed to press lightly and we can pull that off. There are locking tabs on both of them, so simply depress the locking tabs, pull the harness out, tilt it up, and for now we can discard the door latch.

We’ll reconnect all the harnesses, make sure they lock into place. Lock the shield across the top back into position. Now when we put this back into position, they’re 2 hook on the side that door latch that will fit into a holder that is attached to the edge in the cabinet. So you need to pull that front panel out enough so that we can see where those hooks are and engage them. And they just slide down into that holder, and that will hold it into position until we can line up the opening and put the screws in.

So next we’ll reinstall the number twenty torque screws – just grasp that center portion and line it up. We get both screws started, then we can tighten them. Make sure the door switch fits properly in the opening and that it isn’t binding. Next we’ll reinstall the door bellows. We need to roll that over this lip on the front panel and make sure if fits in nice and snug. One you see that is sitting flush we can now put the spring clamp back on. We’ll need to make sure that the hooks on the end of the springs are properly seated in the clamp itself. We’re going to position that spring at about the 6 o’clock position. Roll it on as far as it will go without any tension on it, and then with our flat blade screwdriver we’re going to fit the end of the blade into that opening on the clamp, then we’re going to pull it towards us to stretch the spring, and that will allow us to roll that clamp down into position. Just check to make sure that we haven’t missed any spots and that is laying flat all the way around.

We’ll next put the screws back in the bottom of the front panel. If you loosened the two screws at the top, you need to tighten those at this point. Next we can put the console back into position. There’s a locating tab on the very end that fits into that slot. So we need to make sure we engage that properly first. Make sure it snaps in completely across the top. We will replace the torque screw in the end, replace the soapbox (just make sure that the two rails are put into the appropriate slides and check to make sure it engaged properly).

Now let’s put the lower access panel on. We’ll want to make sure that we engage those two locating tabs properly. I find it best to put the center screw in first so keep an upwards pressure on that panel, then replace the 2 outside screws. Next we can tilt the washer back to remove the temporary blocks. We’re now ready to reconnect the power and the washer repair is complete.